MIS has a school House system for extracurricular activities. There are four houses headed by two captains (boy, girl) and members of teaching faculty as house masters and members. They look after the general progress of their wards in academics, games and sports, co- curricular activities etc. Since all competitions are held on house basis, house loyalties are the strongest. A regular record of student participation and achievements in House activities is maintained and points awarded to each House. 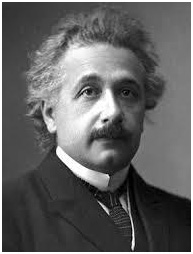 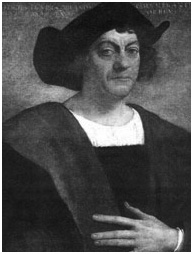 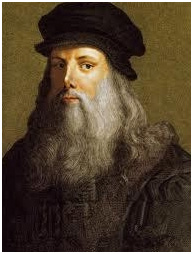 Albert Einstein - Albert Einstein (14 March 1879 – 18 April 1955) was a German-born theoretical physicist who developed the general theory of relativity, one of the two pillars of modern physics (alongside quantum mechanics). While best known for his mass–energy equivalence formula E = mc2 (which has been dubbed “the world’s most famous equation”), he received the 1921 Nobel Prize in Physics “for his services to theoretical physics, and especially for his discovery of the law of the photoelectric effect”. The latter was pivotal in establishing quantum theory.

Near the beginning of his career, Einstein thought that Newtonian mechanics was no longer enough to reconcile the laws of classical mechanics with the laws of the electromagnetic field. This led to the development of his special theory of relativity. He realized, however, that the principle of relativity could also be extended to gravitational fields, and with his subsequent theory of gravitation in 1916, he published a paper on the general theory of relativity. He continued to deal with problems of statistical mechanics and quantum theory, which led to his explanations of particle theory and the motion of molecules. He also investigated the thermal properties of light which laid the foundation of the photon theory of light. In 1917, Einstein applied the general theory of relativity to model the large-scale structure of the universe.

Christopher Columbus House - Christopher Columbus (born between October 31, 1450 and October 30, 1451 – 20 May 1506) was an Italian explorer, navigator, and colonizer, born in the Republic of Genoa, in what is today northwestern Italy. Under the auspices of the Catholic Monarchs of Spain, he completed four voyages across the Atlantic Ocean that led to general European awareness of the American continents. Those voyages, and his efforts to establish permanent settlements on the island of Hispaniola, initiated the Spanish colonization of the New World.

In the context of emerging western imperialism and economic competition between European kingdoms seeking wealth through the establishment of trade routes and colonies, Columbus’s speculative proposal, to reach the East Indies by sailing westward, eventually received the support of the Spanish crown, which saw in it a chance to gain the upper hand over rival powers in the contest for the lucrative spice trade with Asia. During his first voyage in 1492, instead of reaching Japan as he had intended, Columbus landed in the Bahamas archipelago, at a locale he named San Salvador. Over the course of three more voyages, Columbus visited the Greater and Lesser Antilles, as well as the Caribbean coast of Venezuela and Central America, claiming them for the Spanish Empire.

Born and raised in a Hindu, merchant caste, family in coastal Gujarat, western India, and trained in law at the Inner Temple, London, Gandhi first employed non-violent civil disobedience as an expatriate lawyer in South Africa, in the resident Indian community’s struggle for civil rights. After his return to India in 1915, he set about organizing peasants, farmers, and urban labourers to protest against excessive land-tax and discrimination. Assuming leadership of the Indian National Congress in 1921, Gandhi led nationwide campaigns for easing poverty, expanding women’s rights, building religious and ethnic amity, ending untouchability, but above all for achieving Swaraj or self-rule.

Leonardo Da Vinci House - Leonardo di serPiero da Vinci (April 15, 1452 – May 2, 1519, Old Style) was an Italian Renaissance polymath: painter, sculptor, architect, musician, mathematician, engineer, inventor, anatomist, geologist, cartographer, botanist, and writer. His genius, perhaps more than that of any other figure, epitomized the Renaissance humanist ideal. Leonardo has often been described as the archetype of the Renaissance Man, a man of “unquenchable curiosity” and “feverishly inventive imagination”. He is widely considered to be one of the greatest painters of all time and perhaps the most diversely talented person ever to have lived. According to art historian Helen Gardner, the scope and depth of his interests were without precedent and “his mind and personality seem to us superhuman, the man himself mysterious and remote”. Marco Rosci states that while there is much speculation about Leonardo, his vision of the world is essentially logical rather than mysterious, and that the empirical methods he employed were unusual for his time.